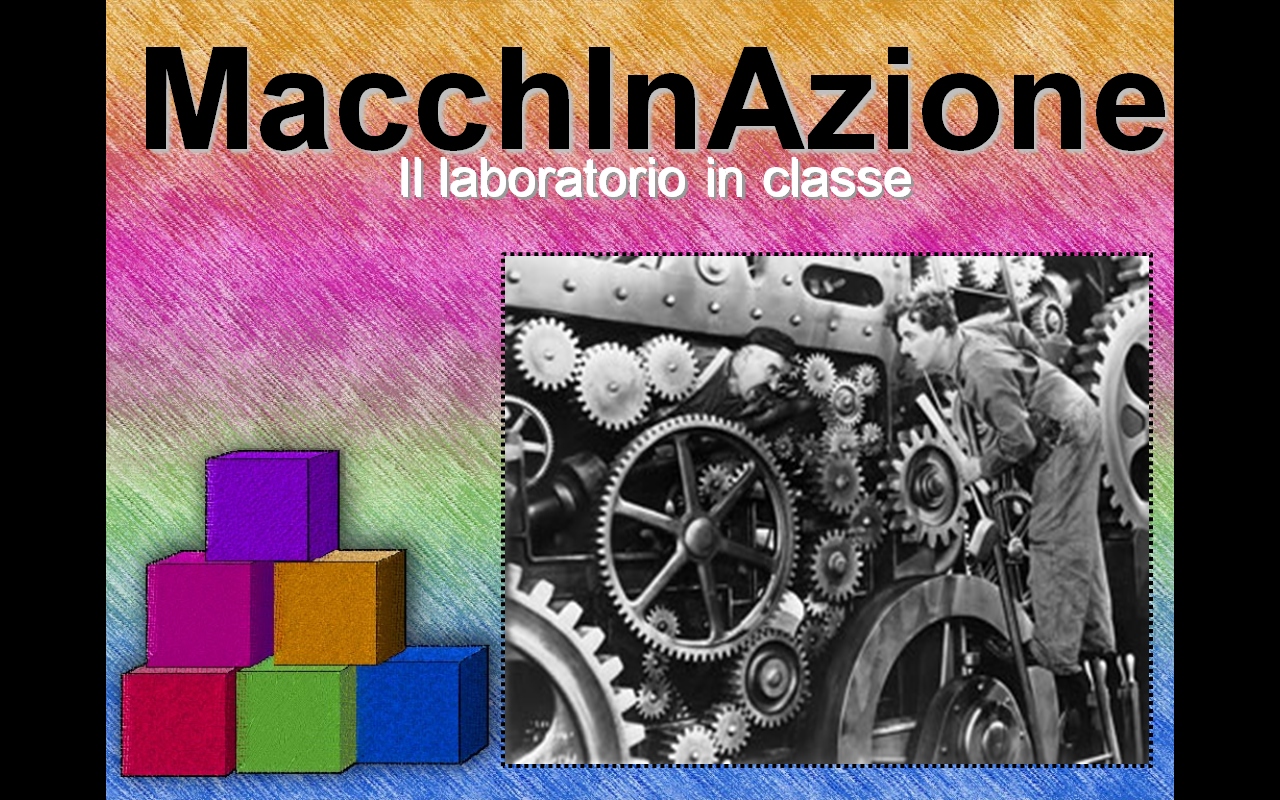 MacchInAzione Project – Lab in the classroom (Il laboratorio in classe)

The itinerary is meant to strengthen the acquisition of transversal social skills such as: collaboration, participation, learning to learn, comunication. At the same time the students will acquire competencies in math such as the ability to drive conclusions, to argue and to demonstrate.

Within a training course for teachers, the main aim of the project is to prepare the students to conduct a hands on activity based on the usage of mathematical machines (such as pantographs and tools to draw conics or realise a perspective image) and to document their experience.

As a first step, the students attended a speech by experts affiliated with the Maths Department at the University of Modena and Reggio Emilia and with the Maths Machines Association. Here the main carachteristics of a maths machine where described and the importance in educational highlighted. To strengthen intuition, imagination, the understanding of the link between reality and mathematical model and to lead to the concept of demonstration, an educational itinerary has then been developed which introduces the study of maths machines starting from the compass. In order to foster the historical dimension and to ponder on the relationship between maths, society and culture, by ferring to the mathematical concepts used in the ancient Greece, the focus of the itinerary is on constructions with compass and ruler.

Conic curves are subsequenlty introduced as sections of a cone (Menaechmus-Euclid and Apollonius), as locus of points and finally through geometric transformations. The itinerary is organised as a hands on lab where maths machines lead to active exploration and the discovery of the properties of the mathematical objects previously introduced.

This first part of the itinerary has been given by the students during the first lesson of the training course "Maths-Laboratory" organised at the Natural History Museum in collaboration with the University of Modena and Reggio Emilia, Maths Machines Association and UTS Cremona.

Through the school year the projects of a few pantographs and conic outliners were designed. As summer homework the students were given the assignment to build the machines and to study the working principles so to be able to reproduce them and to aswer questions that would have been asked by their classmates and by the teachers attending the training course.

Using the machines built by the students during the summer, at the beginning of the school year the properties of conics have been reviewed and the itinerary on geometric transformations finalised.

During the last class of the Maths-Lab training course for teachers (November 2011), the students described how they built the machines and the embedded maths.

The analysis of the \"artifical\" perspective (such as the anamorphosis) will be the next step in the itinerary. A few simple perspectographs (i.e. Parrè\'s pesrspectograph) will be built and the Maths Machines Lab will be visited.

In April 2012, during the school year, the students will attend the conference \"Fare Vedere Pensare la Matematica\" and, with the help of teachers and tutors, will give some of the labs. Main aim of the students will be to obtain an active participation of the teachers attending the conference in order to introduce them to a didactic using the mathematical machines.